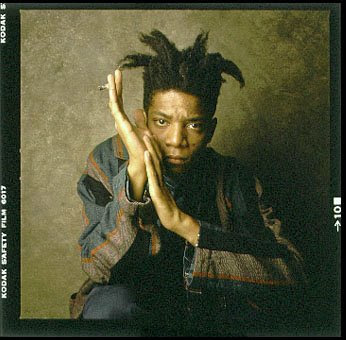 Basquiat was born in Brooklyn, New York. His parents were of Haitian and Portuguese decent. He was fluent in English, Spanish and French from an early age. His mother encouraged him to participate in various kinds of art during his youth. His art had and continues to have alot of controversy surrounding it.
When he was 17, Basquiat started his art career with grafitti - phrases, poetry and artwork. He and his friend, Al Diaz, spray painted phrases such as "SAMO as an end to mindwash religion, nowhere politics, and bogus philosophy", "SAMO saves idiots", and "Plush safe he think" on subway trains and the lower Manhattan area. He always signed his work "SAMO" which means "same old shit."
When Basquiat was in his junior year of high school, he left home and lived with friends. He sold his hand-painted postcards and t-shirts and worked for the Unique Clothing Warehouse in New York City for income. Unfortunately, he started using illegal drugs.
In 1978 The Village Voice ran an article about Basquiat and his art. Shortly thereafter, he ended his graffiti work, writing "SAMO is dead" on walls in SoHo.
A year later, Basquiat became quite popular in the East Village section of Manhattan. He regularly appeared on "TV Party," a live tv show with Glenn O'Brien.
Basquiat was also into music. He started a band called "Gray" with Shannon Dawson, Michael Holman, Nick Taylor and Wayne Clifford. They performed at various clubs such as Max's Kansas City, CBGB, Hurrahs, and the Mudd Club. Back then their music was called "experimental." Check out the following video - Gray's music would not be considered "experimental" today.

Basquiat also worked in a film called Downtown 81 which featured some of his Gray's music on its soundtrack:

Basquiat appeared in Blondie's video "Rapture" as the DJ.

What then little known singer did Basquiat date?

In 1983 Basquiat had solo exhibitions at Annina Nosei's and Larry Gagosian's galleries. He also participated in the "1983 Biennial Exhibition" at the Whitney Museum of American Art. That same year he became friends with artist Andy Warhol, which, back in those days was controversial - white people patronizing black artists wasn't very common. Basquiat and Warhol worked together on a number of paintings. 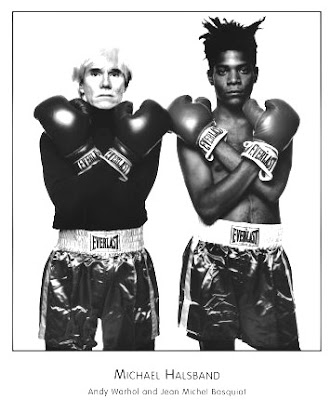 By 1984, Basquiat had developed a strong cocaine and heroine habit. The cocaine kept him awake at night so he could work and the heroine was used in the morning to help him sleep (speed balling). His friends were concerned about his "erratic behavior" and "paranoia."

Basquiat appeared on the February 10,1985 cover of The New York Times magazine which featured an article entitled, "New Art, New Money: The Marketing of an American Artist." The magazine called him the "Eddie Murphy of the art world."

In 1986, Basquiat went to Africa and his works were shown in Abidjan, Ivory Coast. He also had an exhibition of over 60 works at the Kestner-Gesellschaft in Hanover, Germany.
Two years later, Basquiat had shows in both Paris and New York. Basquiat moved to his ranch in Hawaii, trying to kick his drug habit. Shortly after his return to New York, he died of a heroine overdose at the young age of 27.
In 1996, a movie about Basquiat's life was directed by fellow artist Julian Schnabel. "Basquiat" is a character study that stars Jeffrey Wright, Dennis Hopper, Benecio del Toro, Courtney Love, Claire Forlani, Parker Posey, Michael Wincott, Davie Bowie, Paul Bartel, Gary Oldman, Christopher Walken, and Willem Dafoe. The film won an Independant Spirit Award. Here is a scene with Jeffrey Wright, David Bowie and Dennis Hopper: 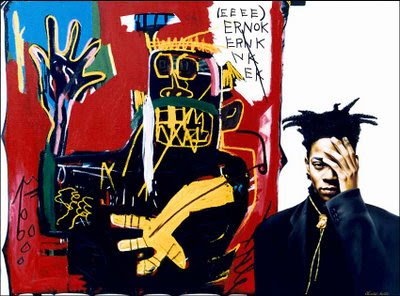 "Every single line means something."
"I get my facts from books, stuff on atomisers, the blues, ethyl alcohol, geese in the Egyptian style ... I put what I like from them in my paintings."
“I just look at the words I like, and copy them over and over again, or use diagrams. I like to have information, rather than just have a brush stroke."
"I cross out words so you will see them more — the fact that they are obscured makes you want to read them"

"I cross out the words to move them into the background a bit. I like the copyrights because they look good."

"Believe it or not, I can actually draw."

"I like kids' work more than work by real artists any day."

"I wanted to be a star, not a gallery mascot."

"I don't listen to what art critics say. I don't know anybody who needs a critic to find out what art is."
"The black person is the protagonist in most of my paintings, I realized that I didn't see many paintings with black people in them."

"I am an artist who has been influenced by New York environment. But I do have a cultural memory. I do not need to look for it, it exists. It is over there, in Africa. It does not mean that I have to live over there. Our cultural memory follows us everywhere, wherever we are." 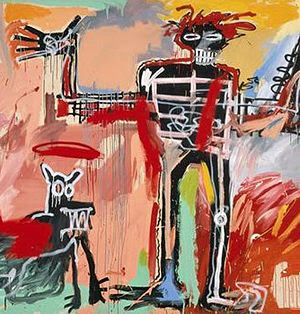 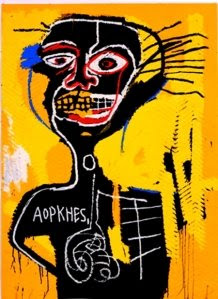 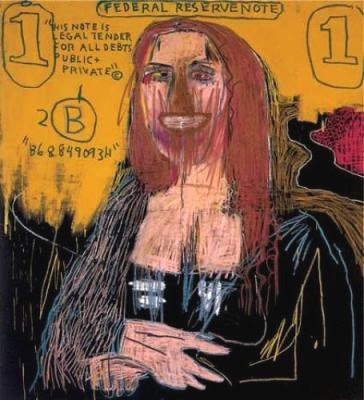 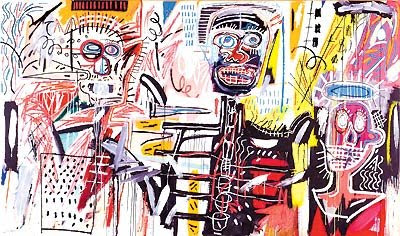 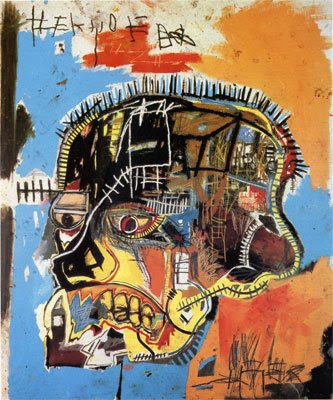 Basquiat, His Friends and His Art 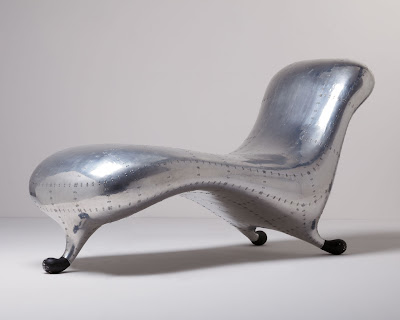 Believe it or not, an aluminum chair just sold for 1.1 million pounds at the Phillips de Pury & Company auction house! The "Lockheed Lounge" chair by London artist Marc Newson set a new record for highest price at auction for a work of "contemporary design art." 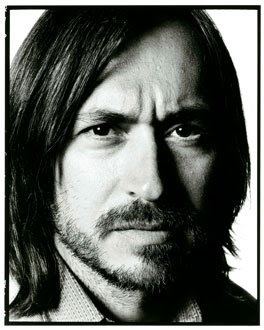 This chair has an interesting history. Back in 1993, it was featured in singer Madonna's promo film for "Rain." Six years later, it failed to sell at a Christie's auction, even though it was estimated to fetch between 35,000 and 50,000 pounds. Obviously, this type of artwork has since become quite popular. 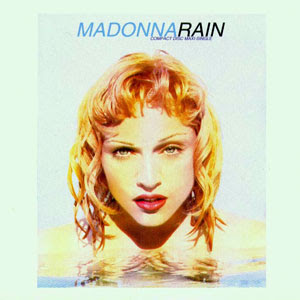 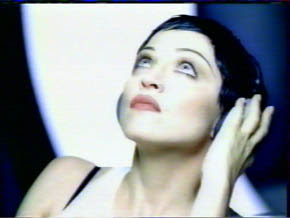 Here are two of Newson's other chairs: 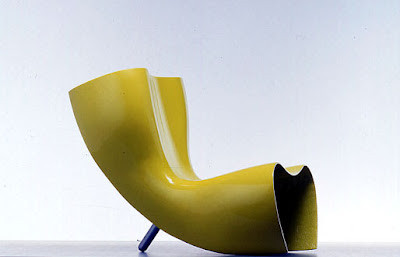 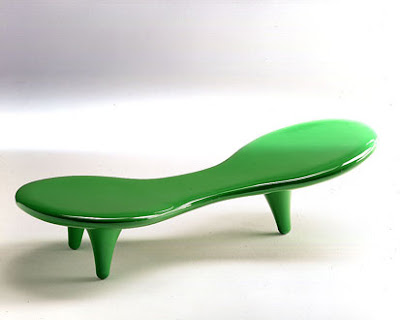 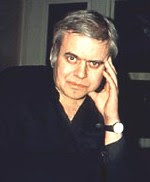 Giger was born in Chur, Switzerland in 1940. When he was 22, he moved to Zurich, Austria, where he studied architecture and industrial design at the School of Applied Arts. He started working with ink and oil paints and had his first one-man show the age of 26. Shortly thereafter he learned how to use an airbrush.

In 1969, Giger's first posters were printed and distributed world wide. He also designed the costumes and make-up for the play, "Early Morning" at the prominent Schauspielhaus in Zurich. 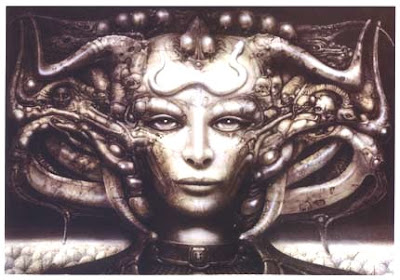 His 1977 book entitled Necronomicon inspired the look for Ridley Scott's ground breaking movie, Alien. This was Giger's first film, earning him a well-deserved 1980 Oscar for "Best Achievement in Visual Effect." He went on to also work on the films Poltergeist 2, Alien 3, and Species. 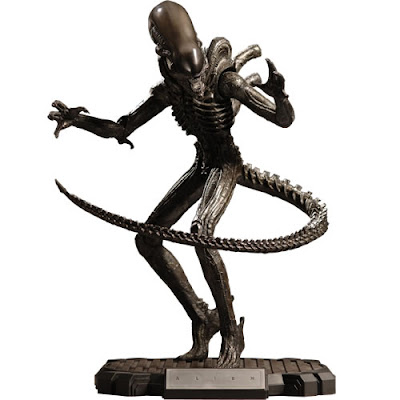 Many albums covers from the 1970's through the 1990's feature Giger's work. Some jobs were commissions while others used his previously done works. He also collaborated and designed guitars and guitar and microphone stands for the band Korn. 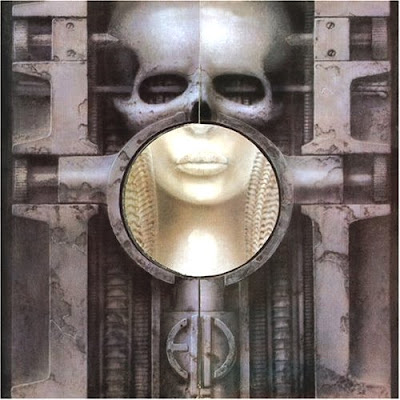 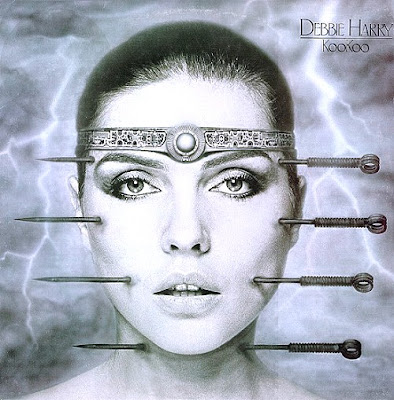 The HR Giger Museum at Chateau St. Germain in the medieval town of Gruyeres, Switzerland, was opened in 1998. It houses the world's largest collection of Giger's paintings, sculptures, furniture and film designs. The top floor contains Giger's personal collection of works by such artists as Dali, Fuchs, Dado, Weber, Brus, Sandoz, Burland, Kuhn, Coleman, Ruppert and Lassen.
Giger designed several bars in which the furniture and architecture is in his "bio-mechanical" style. These Giger Bars feature lots of bone motifs, especially in the arches! 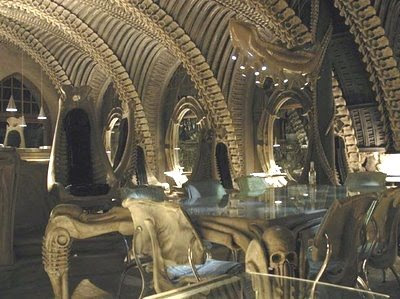 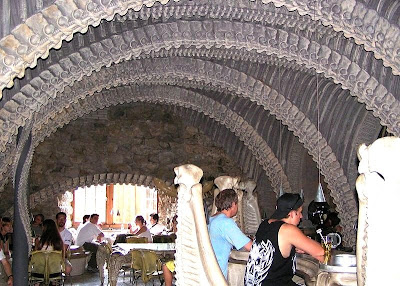 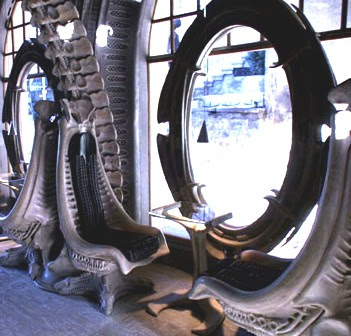 In 2004, Giger's work was featured in a six-month long retrospective at the Museum Halle Saint Pierre in Paris, France. There were about 200 works of art, with 90% of them being on loan from private collections and Swiss museums. In that same year, Giger was awarded the "La Medaille de la Ville de Paris."

In the next two years, Giger's works were featured in equally large exhibitions at the National Technical Museum in Prage, Czech Republic, and at the Kunsthaus Vien, in Vienna, Austria.

In 2006 Giger married his long-time love, Carmen Maria Scheifele. She helps him run the museum.

Here is a short documentary/interview with Giger:
9 comments: